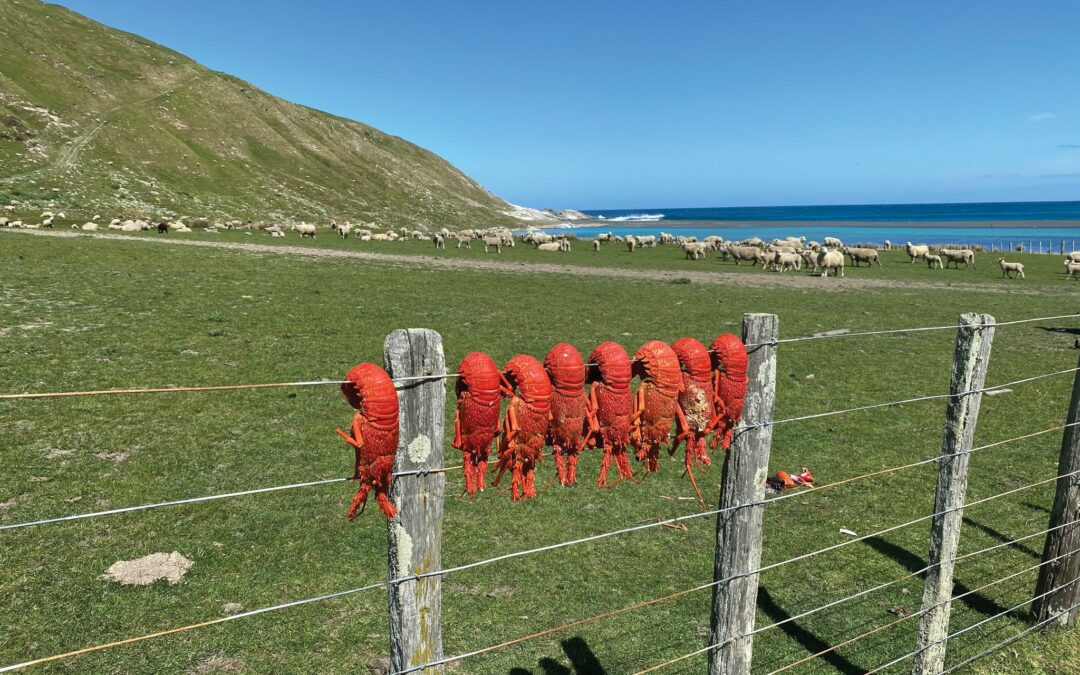 Meat was the original superfood

The media and green lobby groups seem to think that the world can be “saved” by not eating meat. This opinion ignores history. Meat was the original SuperFood. Humans had to strategise well to catch animals which were usually faster and stronger than them. Meat provided better nutrition which grew bigger brains, which then led to improvements in hunting tools and techniques. It was a self reinforcing cycle.

There is only one country which has a large, non beef eating population, India. Yet India has twenty five percent of all the cattle in the world, 305 million. Why? Because in ancient times, wise leaders realised that they couldn’t afford to eat their cows and buffaloes in famines…they needed their animals to provide milk and milk products, and to plough the fields. In Kenya in 2019 I visited an Australian farmer who had been growing lentils and chickpeas for export to the Middle East. That is what lobby groups promote, grow food for direct human consumption. But this farmer now grows forage for local dairy farmers, and makes double the profit. Kenyans love their milk products.

The virtue signalling of the modern vegetarian movement ignores the killing of animals required to allow high yields of crops…insects, birds, slugs, snails, rats, rabbits, deer, kangaroos, etc. And how can a diet be good for you if supplement pills are required?

Talking to one of New Zealand’s organic apple growers, I asked how he grew other crops, including onions, organically. “I didn’t, I used 33 sprays on the onions”. My grape grower friend in Marlborough uses 15 to 20 sprays on his Pinot Noir. So called organic apple and grape growers use copper based sprays, but copper can end up polluting the soils. Potatoes, strawberries, celery, cauliflowers, all need lots of spraying for profitable farming. Pests and weeds gradually develop resistance to chemicals, or become bait shy. By contrast, many sheep and beef farms in New Zealand use no sprays at all. We wake up to a dawn chorus. In Nature plants and animals live together.

Covid was a nightmare for some farming areas in New Zealand last year, but so was the drought that covered most of the North Island and half the South Island. Late spring has seen well above average rainfall in many parts of the country. Are there enough cattle in the country to clean graze for next spring? What is impressive was the average export lamb weight for 2019-20, at 19.03kgs, close to the 2018-19 record weight of 19.13kgs. And the national lambing percentage in 2020 was 130.3%. Sheep farmers keep improving. Take a bow!

This book by Matt Ridley, printed in early 2020, has some fascinating insights 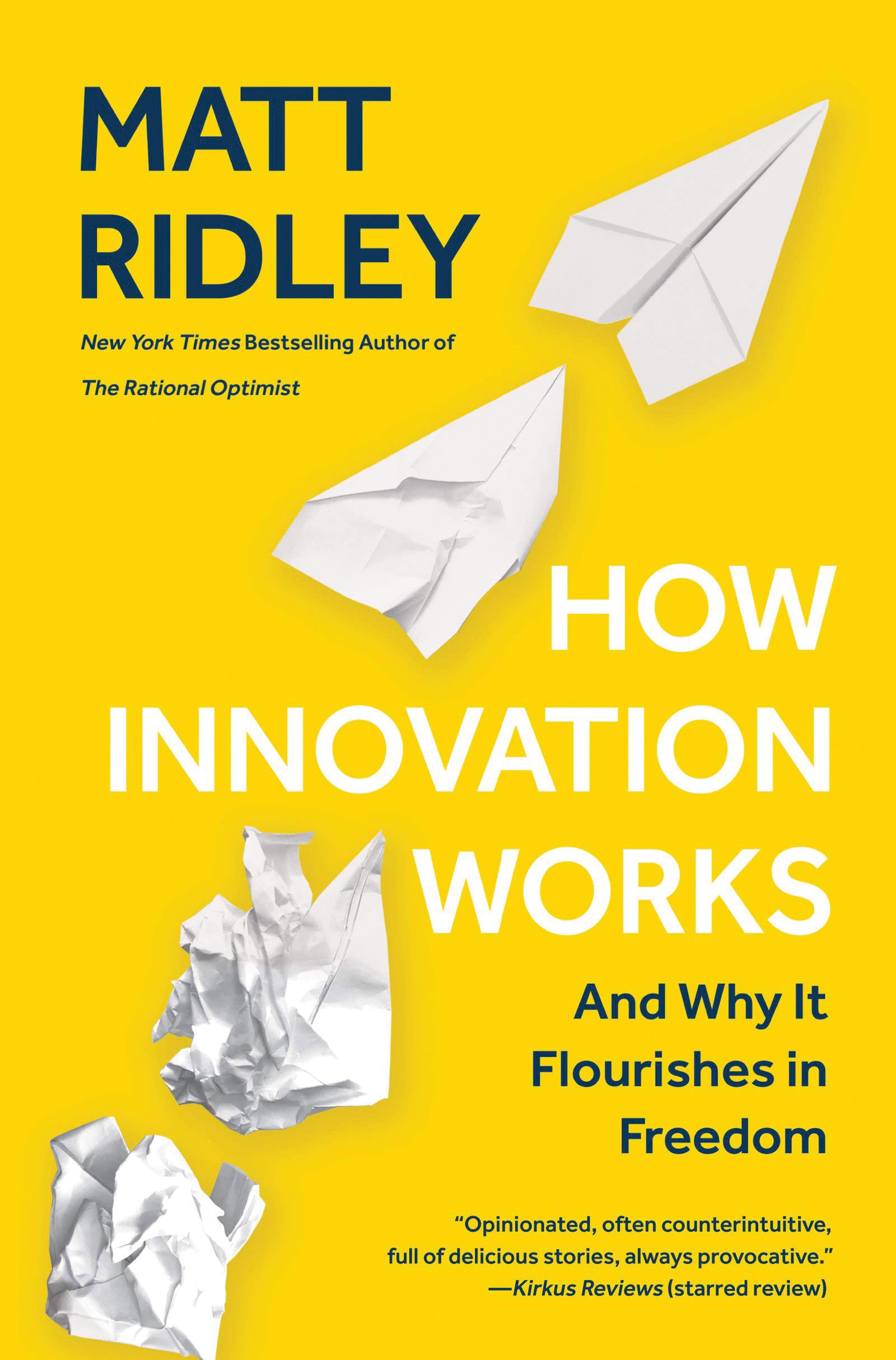 Conclusion: “Innovation is one of those things that everyone favours in general, and everybody finds a reason to be against in particular cases. Far from being welcomed and encouraged, innovators have to struggle against the vested interests of incumbents, the cautious conservatism of human psychology, THE PROFITABILITY OF PROTEST, and the barriers to entry erected by patents, regulations, standards and licences.”

In November 16,500 two tooth ewes sold for an average of $401 at the Narracoorte saleyards in South Australia. That might seem impossibly high, but works ewes there have been selling for up to $6.50/kg, with 35kg ewes making $230. My bank manager in Victoria sent lambs for processing just before Christmas at $7.50/kg, and 27-28kg carcass weight, so over $200 each. It’s not surprising that Australian farmers prefer big sheep to small sheep. 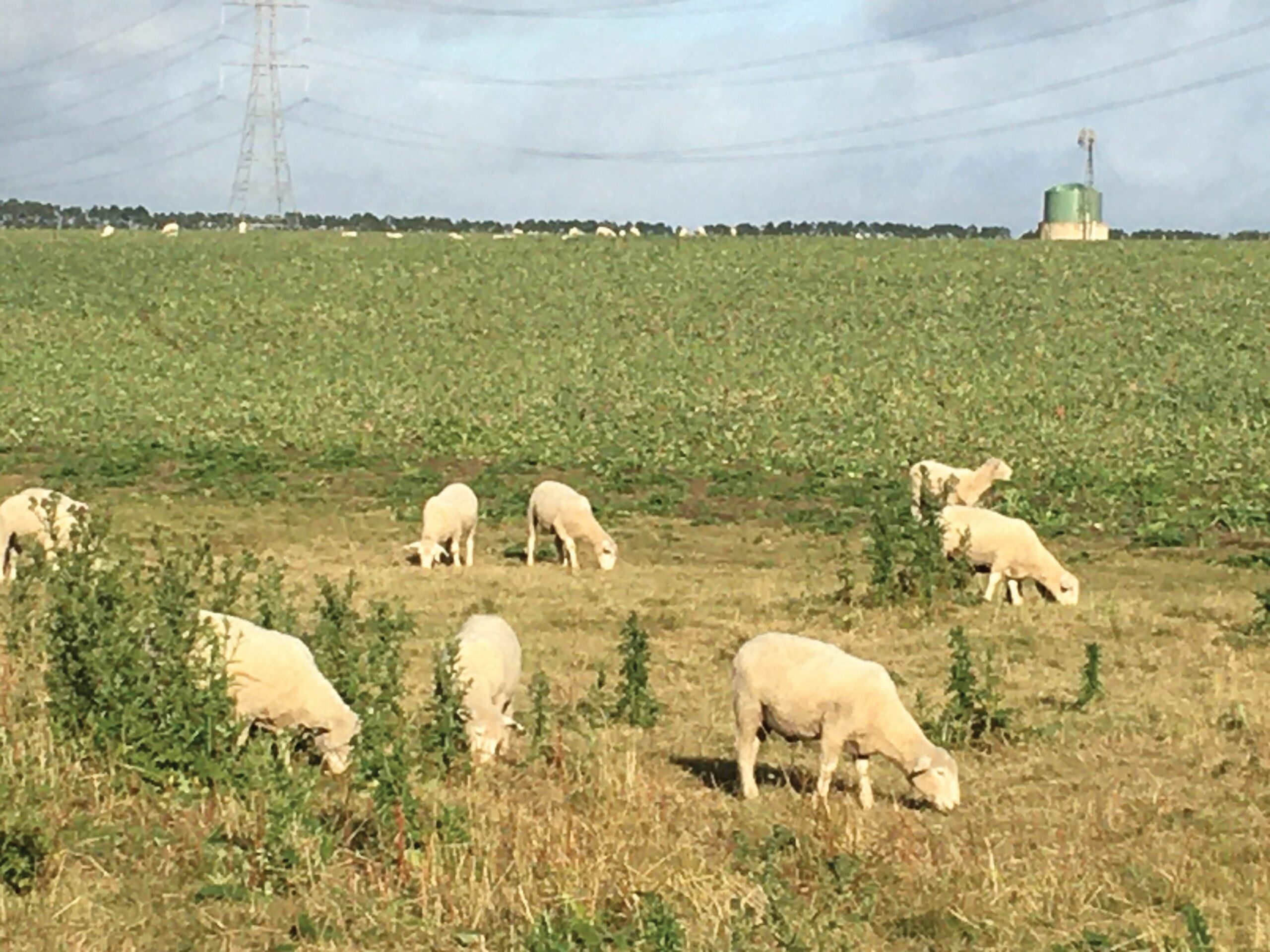 Wairere bred lambs in Victoria, Australia. Average lamb weight in Australia is 22kgs. A fat cover is encouraged, not penalised 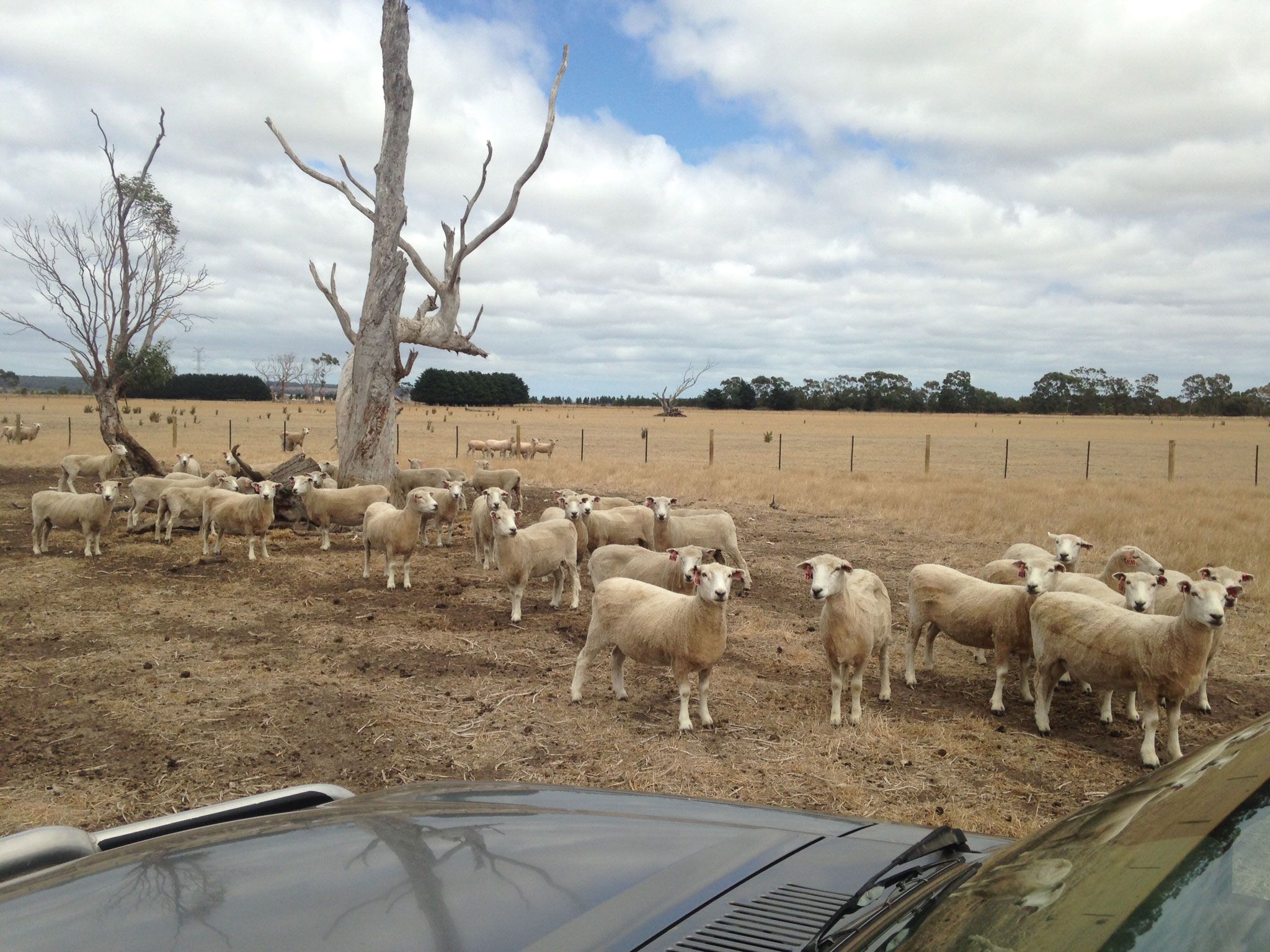 Some of the original 190 Wairere ewes, flown to Melbourne in January 2015. Neither these ewes, nor any of their progeny have been drenched as adult ewes. Wairere Romneys add resilience and constitution to Australia’s flocks.

Wairere bought land in Victoria in April 2015, and added more land in 2017. Wairere Australia is four hours west and south of Melbourne, near the south coast and close to Portland. Ram sales there this season will be around four hundred. The Wairere Romney gives full hybrid vigour over Border Leicester/Merinos, or Merinos, or Australian Composites. Our Romney adds constitution, fecundity, and enables high productivity from smaller ewes…some Australian ewes get as heavy as 110kgs.

In the past three years land prices in our area have doubled, from $6,000 per hectare for flat land, to $12,000. A Kiwi dairy farmer on our boundary is set to achieve 1,430kgsMS/hectare from his milking platform, a dry land system where calving takes place in March/April, and cows are dried off in January.

What form of energy will take over from fossil fuels? That is the big question facing the modern world. The changes required to be carbon neutral by 2050 will have a massive effect on New Zealand’s GDP(reduced 16%, according to an estimate by Treasury), our current concept of personal mobility, and our competitive interface with the world economy.

What is frustrating is the negativity from our own media about pastoral farming. Conveniently forgetting that “New Zealand rode on the sheep’s back” until 1980, politicians treat our industry as the sacrificial lamb, while putting on an appearance of meeting Paris Accord targets. As more and more land disappears under trees subsidised for short term carbon capture, and lifestyle blocks, no one seems to be thinking about the best long term strategy for New Zealanders. What will drive the economy after the flurry of house building stops? Local media jocks promote a vegetarian diet, and talk about “super foods” such as açai berries, quinoa, and cashews, all of which have to be imported. How will New Zealand pay for these imports as we lose our aluminium, coal, oil and gas, and possibly steel exports? Meanwhile, countries like China are delighted to buy our SuperFood meat and dairy products at bargain prices. Internationally, New Zealand farming is held up as an example of best practice.

But what about wool?

The current crisis of low wool price at the farm gate is provoking new  interest in searching for high value/high volume uses for strong wool. There are one or two businesses making steady progress in that direction. But they are keeping a low profile. Instead of raising false hopes, the team will announce mileposts only after achieving them.

To put the dual back into dual purpose sheep, strong wool needs to make $10/kg plus at the farm gate. The cost of wool has been calculated to be $9 per sheep, so it would be an incentive to grow wool if each sheep netted $50 or more from wool. A ewe in a high producing flock has been earning $120-170 from meat in recent years, so meat would still be earning 70-80% of the income.

Breeding sheep without wool has been a recent trend. This is one which Wairere has watched closely, but has steered clear of, because of  the small genetic base available.

Switching to a full shedder sheep would mean deserting all the genetic progress made within the New Zealand Romney and related breeds. A compromise might be the best type of shedder sheep mated to Wairere Multiplier ewes which are bare in the points. Shearing might happen once every two years, and dagging would be minimal. 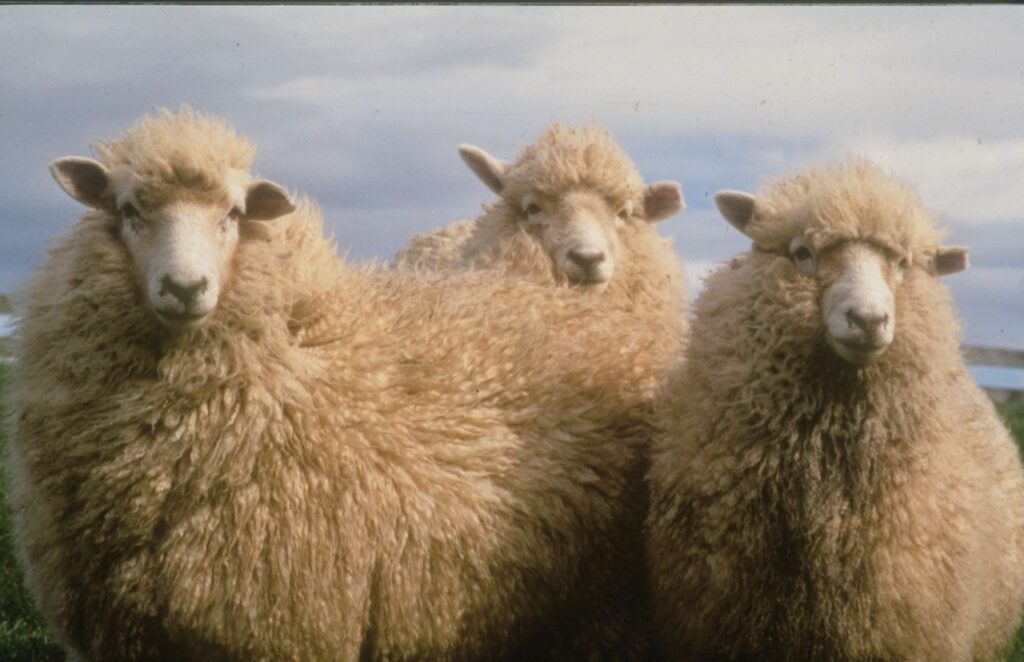 What do you want in your ideal sheep?

Early in 2020 Wairere contracted the Cinta market research company to survey clients, lapsed clients, non clients, and the sheep farming service sector to gauge Wairere’s reputation in the marketplace, and what we need to improve. It is pleasing to report that feedback was overwhelmingly positive. But there are always aspects to improve. Sheep Improvement Ltd (SIL) pushes up the indexes of young sheep, but that favouritism of the youngest generation misses out on giving longevity sufficient credit, and gives insufficient time to cull for structural faults. Mating ram lambs to ewe lambs halves the generation interval from mating two tooth rams to two tooth ewes, so theoretically doubles genetic progress. Likewise, mating five year old rams to five year old ewes is a five year generation interval compared to the one year generation interval of mating ram lambs to ewe lambs. This is one of the hoary decision points of sheep breeding.

Just before Christmas I had a lengthy session with veterinarian and farm systems advisor Trevor Cook, talking about sheep productivity. Trevor’s Sheep of the Future must:

Trevor’s feature in the December Countrywide had the headline, “Farming’s sustainable gains poorly marketed.” In the article Trevor pays tribute to ram breeders “for breeding sheep that require less inputs and get less disease as an observable and measurable outcome of the genetic selection. It may not be a comment welcomed by many farmers, but those breeders that have made genuine gain through selection are poorly rewarded. Especially when you see the price paid for Angus bulls with very little genetic data behind them.”

A mighty Totara has fallen 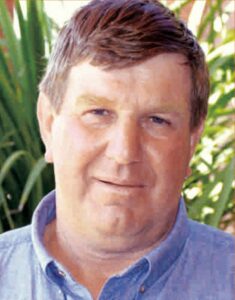 In late September Andrew Puddy succumbed to a sudden heart attack. It was so unfair. Andrew had played a sterling role as Wairere’s sales/client liaison manager for fifteen years. Wairere had organised to replace him, and Andrew had his fishing boat set up for more forays off the Wairarapa coast.

Andrew placed a high value on the relationships that he built up with ram clients over the years. He was looking forward to taking wife Margaret to visit some of you. His funeral was huge, with people young and old. His enthusiasm, good humour and sage advice are sorely missed.

Rob Stratton was Andrew’s choice of replacement for the role of North Island Sales/client liaison manager. Rob has been involved with farming all his life, with three years experience in the Tinui district of the Wairarapa before heading back to the home farm east of Taihape. He managed, leased, then bought half the home farm in 1992, with 100% borrowed. Small scale and low soil fertility persuaded him to lease the land, and take up a managerial position on a larger property.

In 2006 the opportunity came to sell his own land into the bigger block of Pukekaka, which he then managed for 130 investors, with Roger Dickie as supervisor. During that time Rob lifted productivity with Wairere genetics from 6-7,000 lambs per year to 9,200, and the average weaning weight from 28-29kgs to 34.5 at 100 days. The mixed age Romney ewes averaged 151% over his last five years, and hogget
lambing was in the 65-85% range.

Many of you will know one of Rob’s six brothers or sister, a talented family from Taihape. Rob married Maree Transom in 1990. Their family, Anna, Sam and James, are all involved in agriculture. Rob and Maree now have an 18 hectare block north of Feilding, because Rob wanted to try a second career. Earlier in 2020 Rob filled in for maternity leave for Ballance’s sheep and beef specialist for the lower North Island. That role has been all about understanding sheep and beef systems, then matching feed supply and demand.

We know that Rob’s hands on experience will prove a useful sounding board for you. 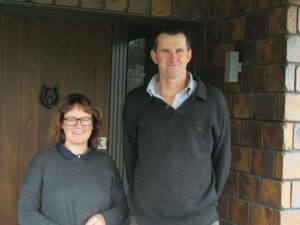 Rob and Maree Stratton. At 1.98m tall, Rob is head and shoulders above most of us

Wairere is gradually moving to NextGen. We have an impressive lineup. It’s a lot of fun working with enthusiastic young people. 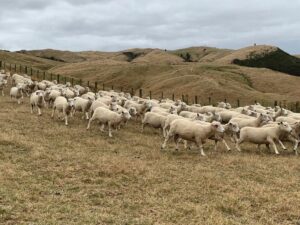 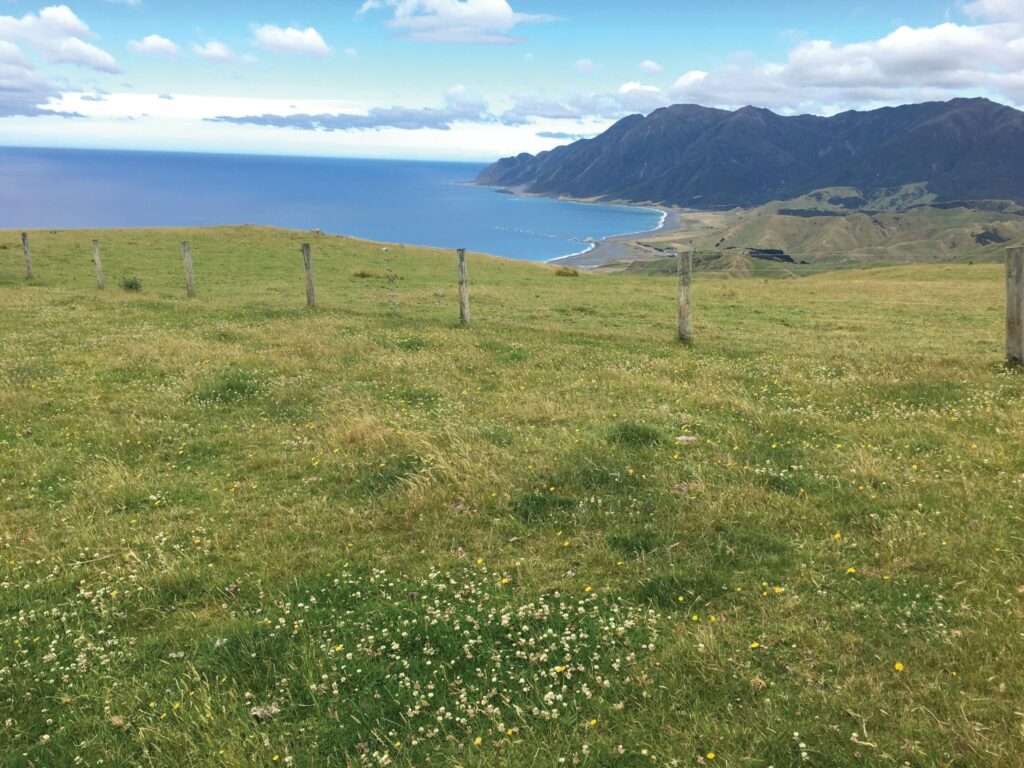 Above: White Rock, January 2021. We can’t believe how much clover we’ve got! 233mm of rain in November transformed our spring.

Right: Fresh start, tagging lambs at Wairere. We need new genetics in our people as well as our sheep

Below: White Rock ewes and lambs at weaning, December 2020. Manager Blue Mills took action in January, grazing off a third of the cows and calves, and a thousand light ewes. He did a great job of ensuring a good result for this production year. 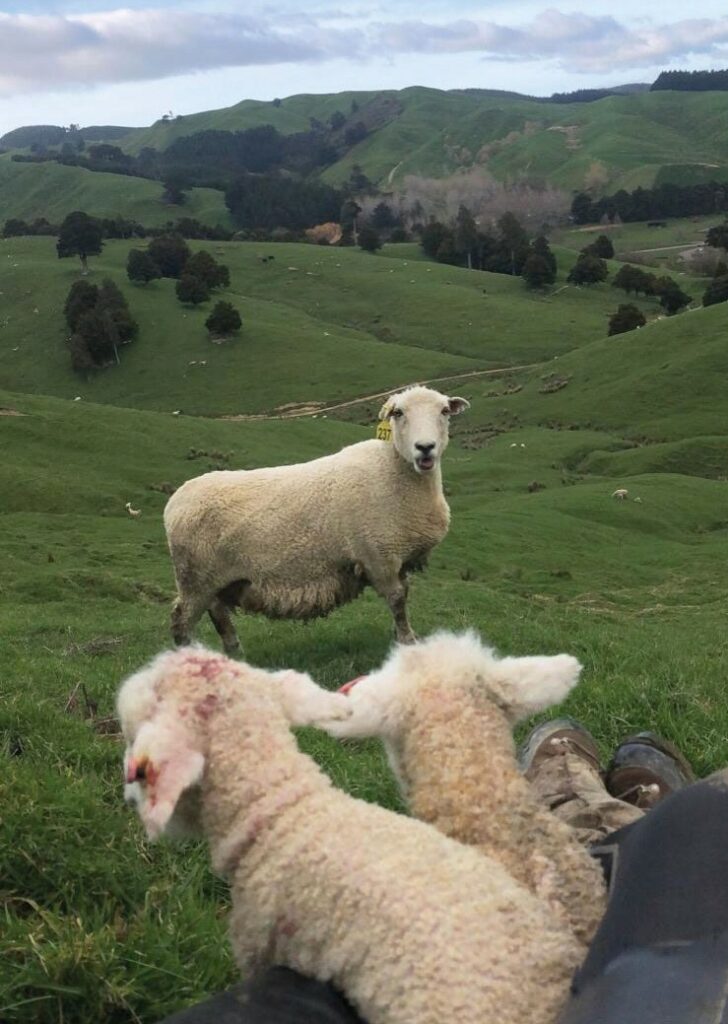 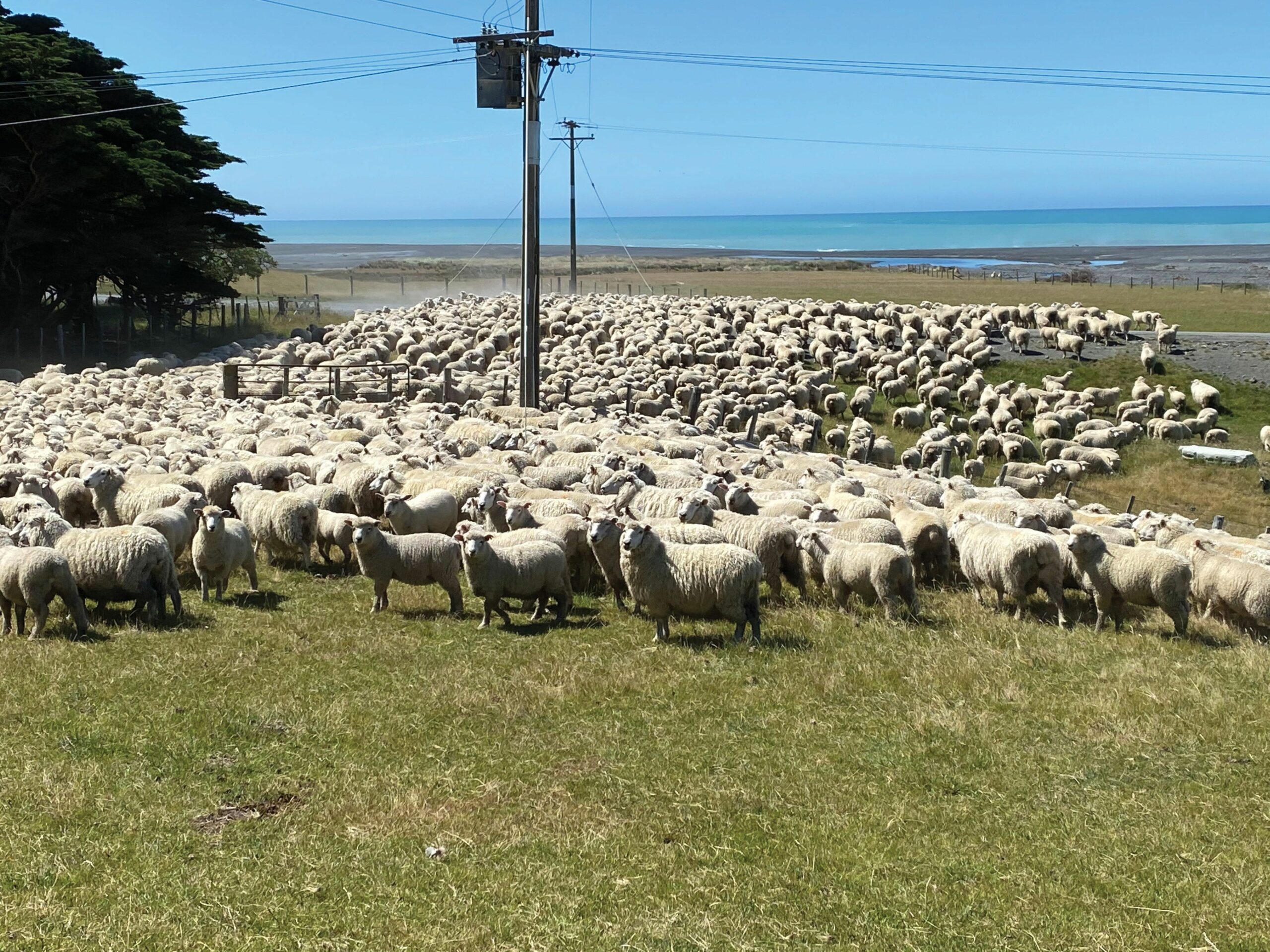