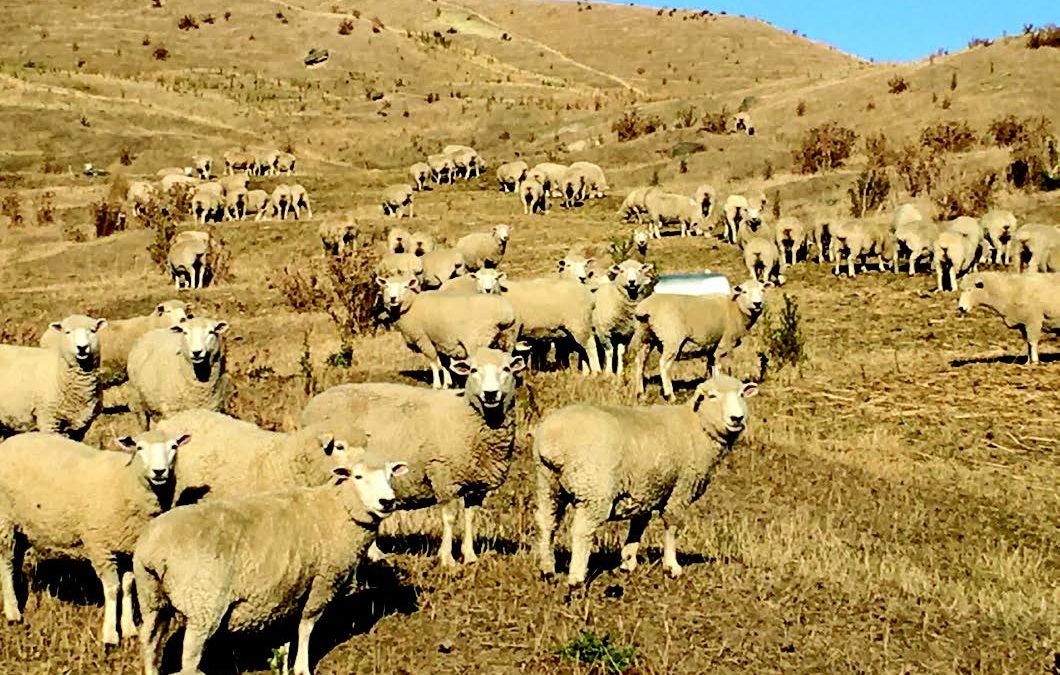 What a tumultuous six months it has been. From a spring full of promise for record farm gate prices…to drought, lock down, and a sharp reduction in prices.

Apart from the early birds, it has been a disappointing season for many sheep and beef farmers. Drought is still impacting heavily on costs and stock wintering capacity in many areas, and slow processing is having the same effects, especially in Southland/Otago.

What will unfold over the next twelve months? 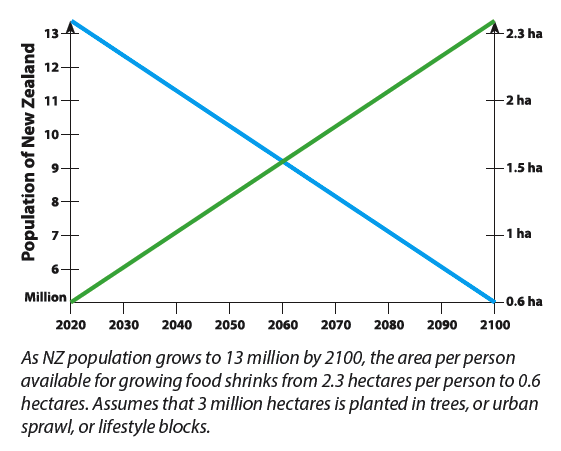 Some economist in the future is going to point to economic mismanagement around the world since 1970. Governments, businesses, home owners and consumers have all been captured by banks creating more and more credit at lower and lower interest rates. The net result is that asset prices have become hugely inflated, and expectations of capital growth have been fuelled by government assistance to keep the treadmill running. How is this all going to end?

If you need inspiration to keep going, think of Nelson Mandela, locked down for 27 years. Mandela had been a heavyweight boxer, so he disciplined himself to train early in the morning. There is increasing commentary about mental health in New Zealand, but our environment is so much more benign than most countries in the world. Perhaps we have to relearn resilience, lessons that our forbears learned during world wars and the Great Depression?

New Zealand has prided itself on being free of corruption. But that has been changing. Favouritism at the top level of business, including the government’s investments in Air New Zealand and in building supplies via ACC’s investment portfolio, inflates the cost of travel and infrastructure. At a lower level, absenteeism of ten percent plus is a major problem at some of our meat processing plants. I’ve heard of farmers on standby, waiting for a call at 6.30am as to whether their cattle can be trucked that day, after the processing plant management find out how many people have turned up to work. Recent legislation allowing three days sick pay after six months work is now treated by some processing staff as an addition to annual leave. 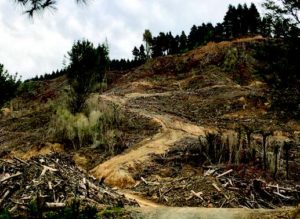 This is supposed to be sustainable, logging 17 times in 500 years.

The MIA has tried for several years to get government permission to allow extra migrant workers, but delays have prevented implementation. I’ve been told that some sheep processing chains could operate twenty percent faster, and create a ten dollar greater margin per lamb.

Compliance costs have rocketed to extraordinary levels, all to provide income for an ever increasing army of bureaucrats. New Zealand urgently needs a Common Sense political party. There is a lack of balance in public policy. Sir Roger Douglas has just co-written a paper entitled “The March Towards Poverty”. Primary Industry is one of very few sectors in New Zealand which has improved productivity at a rate comparable to other OECD countries. A lot needs to change in the internal economy.

DEFENDING FARMING I apologise for the large content in this newsletter about broad economic and political issues, but NZ farming has been under continual attack by government and media on a broad front: GHG emissions, water quality, and biodiversity. Ruminant GHG emissions have been grossly over exaggerated. NZ’s water quality is already rated as among the seven best countries in the world. What’s the prize for improving on that? Biodiversity has been improving for many species as farming area has shrunk. Being cast as a scapegoat has seriously dented the morale of farmers. Fighting this image requires a personal sacrifice of time and money. Our 50shadesofgreen group has raised awareness around the carbon sink fallacy, but like all politics, it can be hard work for little or no effect.

Back to the knitting. The common thread in these stories is a continual focus on improving the basics of high productivity: good feeding of stock with high genetic merit. 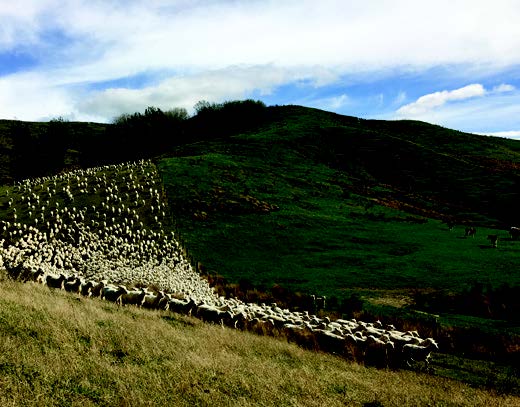 “This year has been a phenomenal farming year, especially with sheep productivity and prices. One key benchmark for me is kgs of carcass produced per hectare. I’ve been achieving 315 to 325 kgs per hectare by running a July stocking rate on hill country of 12su per hectare average for the last 5 years. I set stock at 9.5 ewes per hectare from lambing to weaning on my main breeding farm, which is broken hill country rising to 500 metres above sea level. The acquisition of two smaller farms over the past thirty years, and ongoing development, gave me 24% finishing country. Ewes are set stocked at 10 per hectare on the easier hill country there.

Cattle policy has been bulls, peaking at 891. Small paddocks allow grazing control by the ewes and 200 R2 Friesian bulls. The 5,552 ewes plus hoggets produced 9,049 lambs this spring, with Ovastim used on the ewes. 150% overall from all the ewes, with 152% from the home steep hill country ewes. I took out contracts to supply 5,000 through to end of April, and dropped average carcass weight from 19 to 18.4kg. But my contract price per kg was well ahead of schedule on the day. The net result will be an EFS of $1,018 per hectare.

Wairere genetics have made a big difference. After winning the Wairarapa Farmer of the Year in 1997, while I was using Wairere Border/Romney rams, I switched to composite sires from outside the Wairarapa. Despite regular hunting trips on Wairere, just fifteen minutes away, and observing the sheep, I persisted with an alternative genetics program for twelve years. Since switching back to Wairere Romneys I’ve enjoyed:

What capped off a good season was when Andrew Puddy found a buyer for a line of 918 capital stock two tooths at $318 net in January.

The best sheep genetics that I’ve used in 35 years have been bred on my doorstep, in the same windswept, cool climate and broken hill country that I work with on my home farm.” 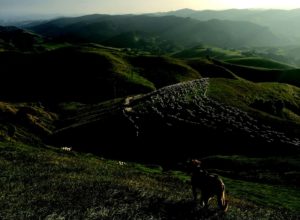 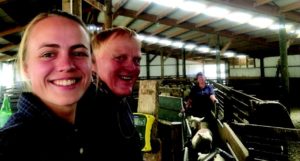 Daughter Bronwyn with Derek Neal, and Elsje in the drafting race. 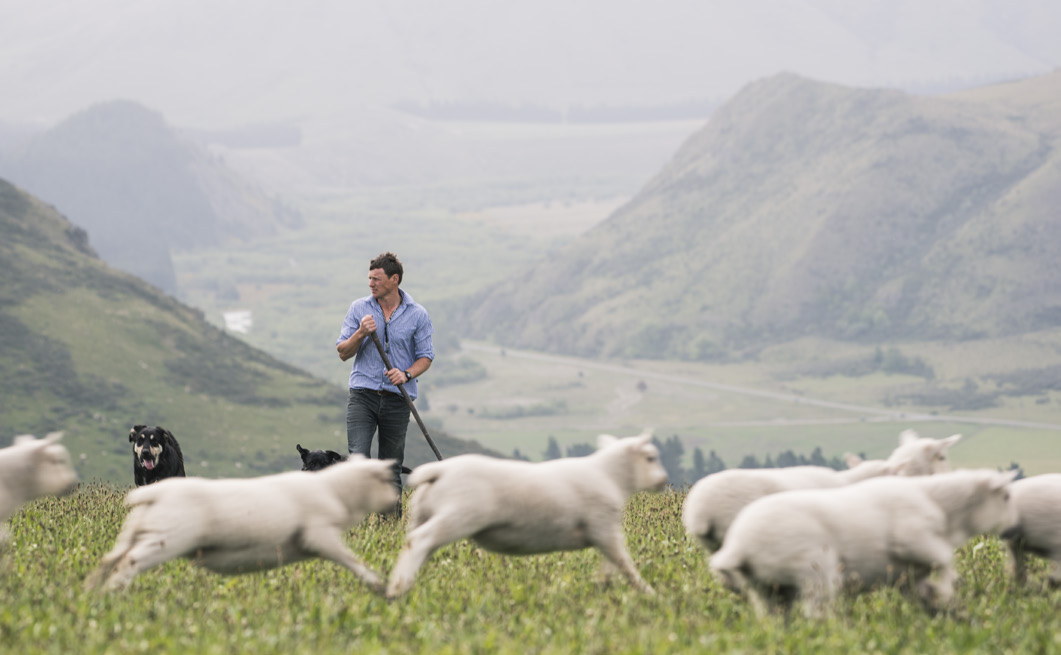 Inverary Station, Mid Canterbury. “Selling a 270 hectares irrigated finishing block on the Canterbury Plains twelve years ago has made us focus on improving productivity on the 4,500 hectare station. Ongoing development and a breed change have combined to give us more meat out the gate than we had with the lowland farm and Station combined!

We have developed a further 250 hectares into red clover and ryegrass on a plateau at 750 metres above sea level. That gives us 500 hectares of high octane feed. On the tussock country we have found that more subdivision allows much better control of the browntop dominant sward. It’s difficult to keep control in mid spring, when pasture growth rate takes off. Some summers we don’t graze two or three blocks. But the most exciting discovery over the last several years has been the pasture growth rate achievable off northerly faces where a CrossSlot drill has sown red clover and cocksfoot after eliminating the browntop thatch. We’ve measured up to 20,000kgDM/ ha in the first year, with growth in August ahead of the Canterbury Plains, because of the warm, northerly aspect, even at high altitude. This has allowed earlier lambing by two to three weeks. In a dry spring the high quality sward also allows weaning at 55 days at 17kg live weight average, and growing those lambs on well at 250g/day. We did a trial with three weight groups of lambs: 16-20kg, 20-24, 24-28. There was no difference in the daily gain.

Early weaning allows sale of cast for age ewes to the works at a time when they are worth more too.

We’ve been running 550 to 600 Angus cows, breeding our own bulls and selling some, and plan to increase the herd to 800. On the sheep side we switched out of Halfbreds twenty years ago, because of a footrot problem. Then nine years ago we bought sixty Wairere ram lambs to put over the 6,000 Perendale ewes. That has been a success story. Lambing has averaged 140% over the past three years, and we have achieved average carcass weight of 17.5kg in a season. Sometimes the season dictates that we sell some store. The ewes bounce back after weaning, with the mixed age routinely scanning 175%. The two tooths are more variable, but have scanned up to 175. We are absolutely delighted with the improvement, and the consistency of performance.

We owe Chris Mulvaney of Stockcare a big vote of thanks for helping us with body condition scoring, and scanning index. He is an unsung hero of sheep farming in New Zealand for introducing those concepts to our industry. Chris and John(farm owner) have also put huge effort into developing the Kumanu brand, which guarantees animal welfare and gentle handling throughout the lamb’s life. Kumanu has achieved a premium for suppliers, not big, but you have to start somewhere.

This year we’ve been lucky to enjoy a better season than most of the country. Taking out a contract for lamb supply at $8.30/kg through to February was a great move too. For the first time, the best 300 ewe hoggets, averaging 50kg, are being mated to Merino rams. This move will further enhance the productivity off what used to be a traditional high country run. The research that we’ve done on farm, with 36 pasture cages, is bearing fruit. And we have legume trials ongoing with Caucasian clover as well as red and sub clover, monitored by Lincoln University’s Derrick Moot”.

John: “The past three or four years have been my most enjoyable on Inverary, as I’ve stepped back from the day to day operations and studied how we can better use our resources. We’re not missing that irrigated finishing farm at all.” 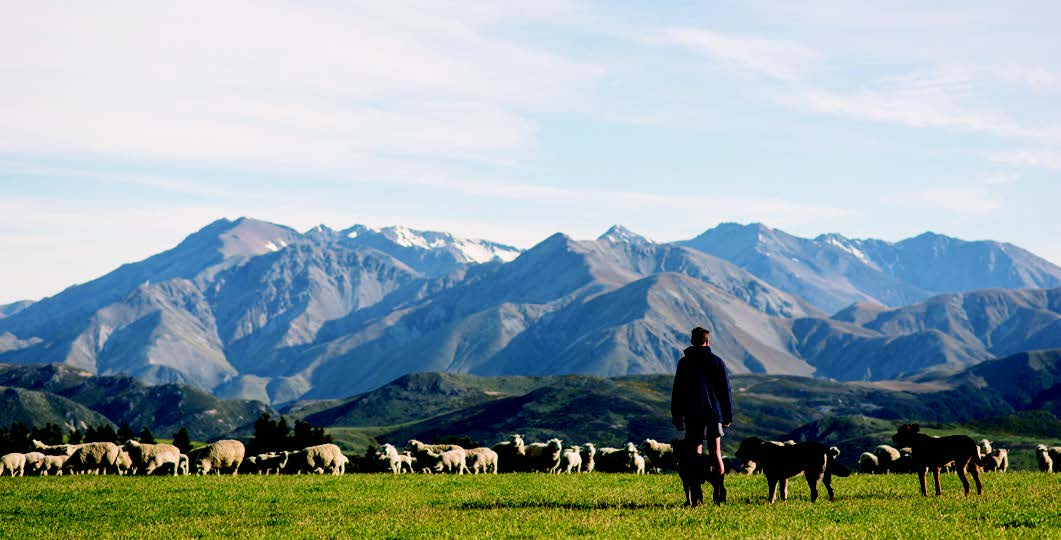 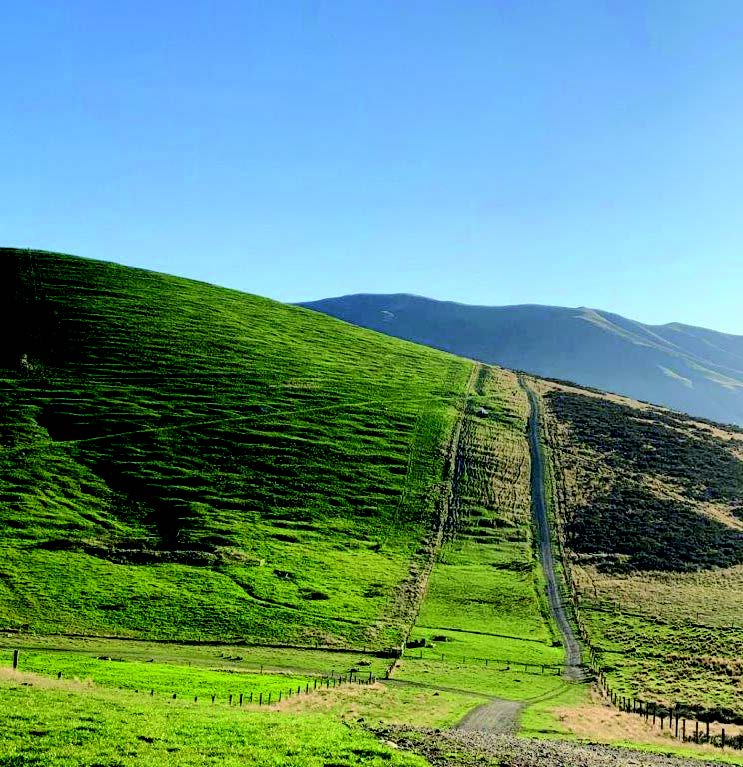 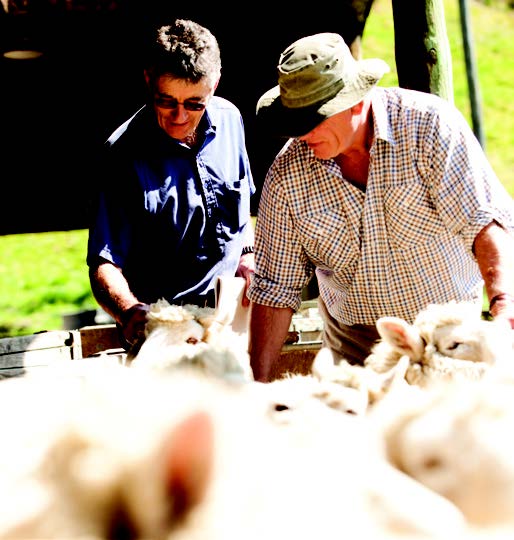