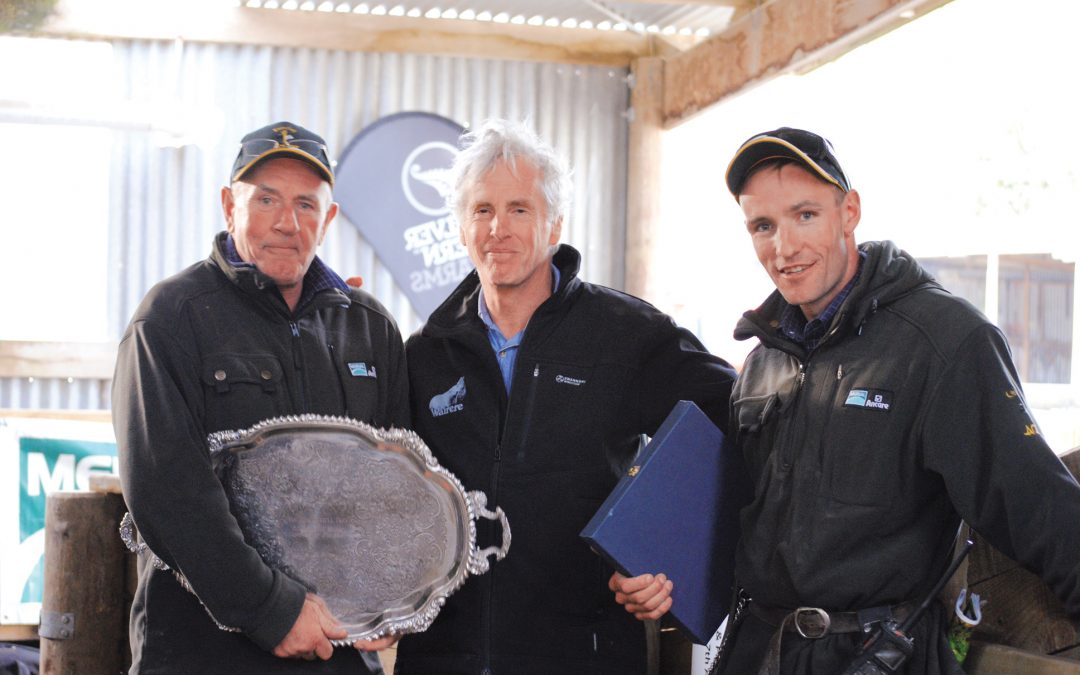 Father and son team, Jim  and Brendan Varty, were worthy winners of the Wairarapa Farm Business of the Year in 2016. Jim was a shepherd, then a manager, who aspired to farm ownership. He achieved this through purchase and sale of stepping stone blocks near Masterton. In 2005 came the chance to create an equity partnership on the 620 effective hectares Waiti. It took several years of trial and tribulation for Jim to find his feet in a new farming area, including the 2008 drought and one of the equity partners dropping out. Then the Varty team settled into a regime of consistent high sheep performance, linked to the Wairere Romney breeding program. The past four years show 147% survival to sale and a hogget lambing which has crept out to 96% to hoggets in lamb. Average weaning weight is a solid 31kg at 90 days. Wool at 6.3kg/ssu helps the bottom line. The Vartys have debated the sowing of plantain, but elected for a Keep It Simple Stupid policy. Some nitrogen with the annual P and S fertiliser in August, pre lamb, gives a turbo boost to the early spring, in an area noted for cold, windy and wet at that time of year.

There is a lot of focus on growing out the replacement ewe lambs, which are usually 47-49 kg at mating in early May. That sets the platform for consistent flock performance, regardless of season. And it reminds of my John Daniell’s parting advice to a group of young farmers four decades ago: “grow your young stock well.” Some things change, but some stay the same.

Wairere is proud to be associated with the stockmanship and achievements of Jim and Brendan Varty.