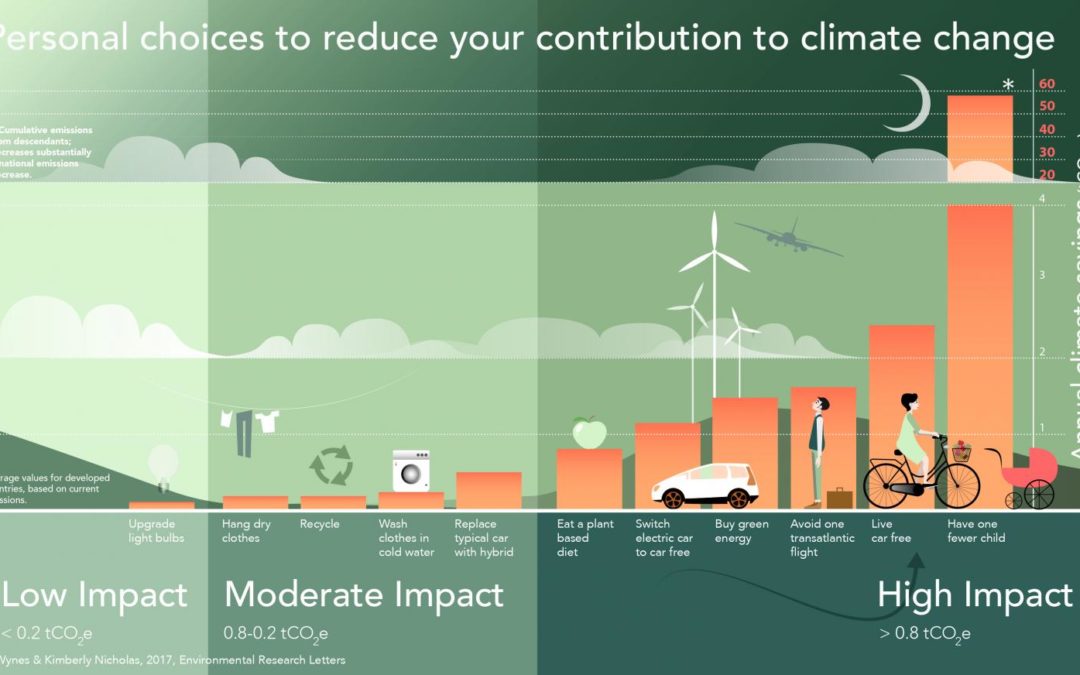 This pictorial shows the contribution to GHG emissions by individuals, with having children the most serious “crime”!

The biggest issue for New Zealand with meeting the Global Accord is the 38 percent increase in human population since 1990. None of our political parties have a population policy. Increasing population promotes “economic growth”, via building of houses and infrastructure. Economic growth is good for politicians because it creates jobs and the illusion that people are better off. They may not be: witness the traffic congestion in Auckland.

Meantime, ruminant numbers have been decreasing, and the land area grazed by sheep and cattle has declined from 60 to 40 percent of New Zealand. Sheep numbers have declined from 70 to 27 million. Beef cattle numbers have declined from 5.2 to 3.6 million. Farmed deer numbers have halved. Dairy cattle are the only category to have increased. But that increase has increased our merchandise exports by $10 billion, a contribution which has made all New Zealanders wealthier.
Politicians don’t admit to the GHG problem with long distance tourism. Nor do they mention that New Zealanders spend nearly as much money on overseas trips as incoming tourists. And the GHG emissions from this sector is huge. The average value created by an extra job in tourism is only $84,000, versus $360,000 for an extra job in the dairy industry.

Why is the government speaking with a forked tongue about the tourism sector? Because it is easier to shaft farmers, who make up only one percent of the population.